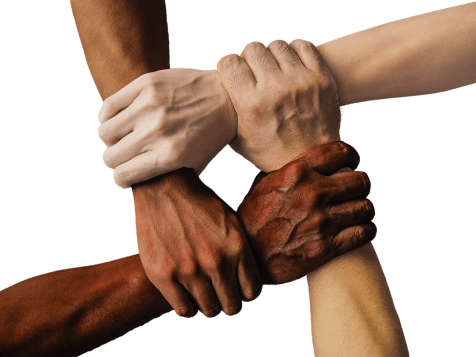 A Statement by Pastor Jeff on behalf of LifeJourney Church

Our nation was founded on a core principle.  The Declaration of Independence proclaimed, “All men are created equal.”  Unfortunately, that originally meant that only white men were created equal.  But a seed was planted that gradually blossomed into the recognition that all people are created equal, regardless of race, gender, or socioeconomic status.  This is the moral heart of America – our core foundational principle.

It’s also a core spiritual principle.  “In Christ Jesus, there is no longer Jew or Greek [race], male or female [gender], slave or free [socioeconomic status], for you are all one.” Galatians 3:28.  Jesus died to “break down the dividing wall [of] hostility between us.” Ephesians 2:14.

Our church is emphatically politically nonpartisan, but on matters of morals we must – and do – take a stand.  Yesterday our President equated people participating in protests organized and led by Nazi white supremacists with counter protestors who came out to stand up for America’s core moral principle – all people are created equal.  As the white supremacists marched, they shouted “Jews will not replace us!” and “Blood and soil!” (an old Nazi Germany chant), and “Heil Trump!” while throwing Nazi salutes.  They carried torches just like the Nazis did in Germany and the KKK did in the South.  No good-hearted person participates in that kind of protest.  There is no moral equivalency between those who stand for racist hate and those who stand against it.

This is a time for all of us, regardless of political party, to do whatever we can to stand up for America’s core foundational principle.  God has given each of us a voice, a vote, and a circle of influence.  Let’s use them.  Republicans, Democrats and independents together, I urge all of us to take a few minutes today to contact the President and our Congressional representatives to let our voices be heard.  Please share this with your friends and invite them to join their voices with ours.

To find your Congressional representatives and send your message, go to the: Common Cause Organization.